The oldest of the DeMoulin brothers, Erastus was born September 9, 1860 at Jamestown, Illinois. U.S. DeMoulin once described his brother as “strong and brawny” and “most considerate in every way.” Unlike his brothers, “Ras” was content to run the family blacksmith shop in Sebastapol. It was there that the first DeMoulin lodge goats were made by the skillful Erastus.

He officially joined his brothers in their lodge paraphernalia business in October 1901 when he accepted an offer to be the factory superintendent. Erastus’ family moved to Greenville the following year. When the company incorporated in 1905, Ras and his brothers were elected directors, but he held no formal title in the corporation and preferred to work behind the scenes.

Erastus married Leonie Malan in February 1886 and they had three children: Oradelle, Lillie, and Leslie, who would later become the factory president. His granddaughter, Elizabeth DeMoulin Pirtle, fondly remembered Erastus as “one of the sweetest men in the whole world.” James McDonald called his grandfather “a very gentle soul.” Erastus was the tuba player in the Greenville Concert band.

When Erastus died March 27, 1936, the pallbearers at his funeral were DeMoulin employees Charlie Lipple, Phil Diehl, Charlie Gum, Ernie Streiff, Joe Clare Sr. and Alvin Watson. It was a fitting tribute to the man who preferred being in the woodworking department than the office.

Born two months premature on October 3, 1871 at Jamestown, Illinois, U.S. DeMoulin was saved through the efforts of a Dr. Gordon who rubbed the infant with olive oil, wrapped him in cotton batting and placed him in a basket in the family’s oven. This makeshift incubator must have worked because U.S. lived for 84 years.

U.S. joined his brother Ed in the lodge paraphernalia business on Friday February 13, 1895. DeMoulin selected that day to prove that he was not a superstitious man. U.S. held patents on several lodge initiation pieces including the Lung Tester, Traitor’s Judgment Stand, and the Lifting and Spanking Machine. He served as vice-president of the company until Ed’s death in 1935, at which time he assumed the duties of president. U.S. remained company president until his retirement in 1946. He continued to visit the office for the remainder of his life.

At an early age he developed an interest in music and played the baritone for decades in the Greenville Municipal Band. DeMoulin was known as an outstanding marksman and co-founded the Greenville Gun Club in 1902. Perhaps his greatest legacy is HSHS Holy Family Hospital (formerly named Utlaut Memorial Hospital, then Greenville Regional Hospital) which was built upon land donated by U.S.

His first marriage, to Emma Diehl, ended in divorce when he refused her request to have children. Emma’s alleged affair with a St. Louis streetcar conductor was cited as the reason for the break-up leading to the St. Louis Post Dispatch printing the headline “Goat Maker Sues Wife.” DeMoulin’s second wife, Cora, apparently agreed to his wish to have no children and the couple enjoyed many years together.

He was an avid reader and considered himself well-versed in many topics. U.S. embraced his role as Greenville’s elder statesman and was later remembered as tall, dignified, and always dressed in white shirt and tie. 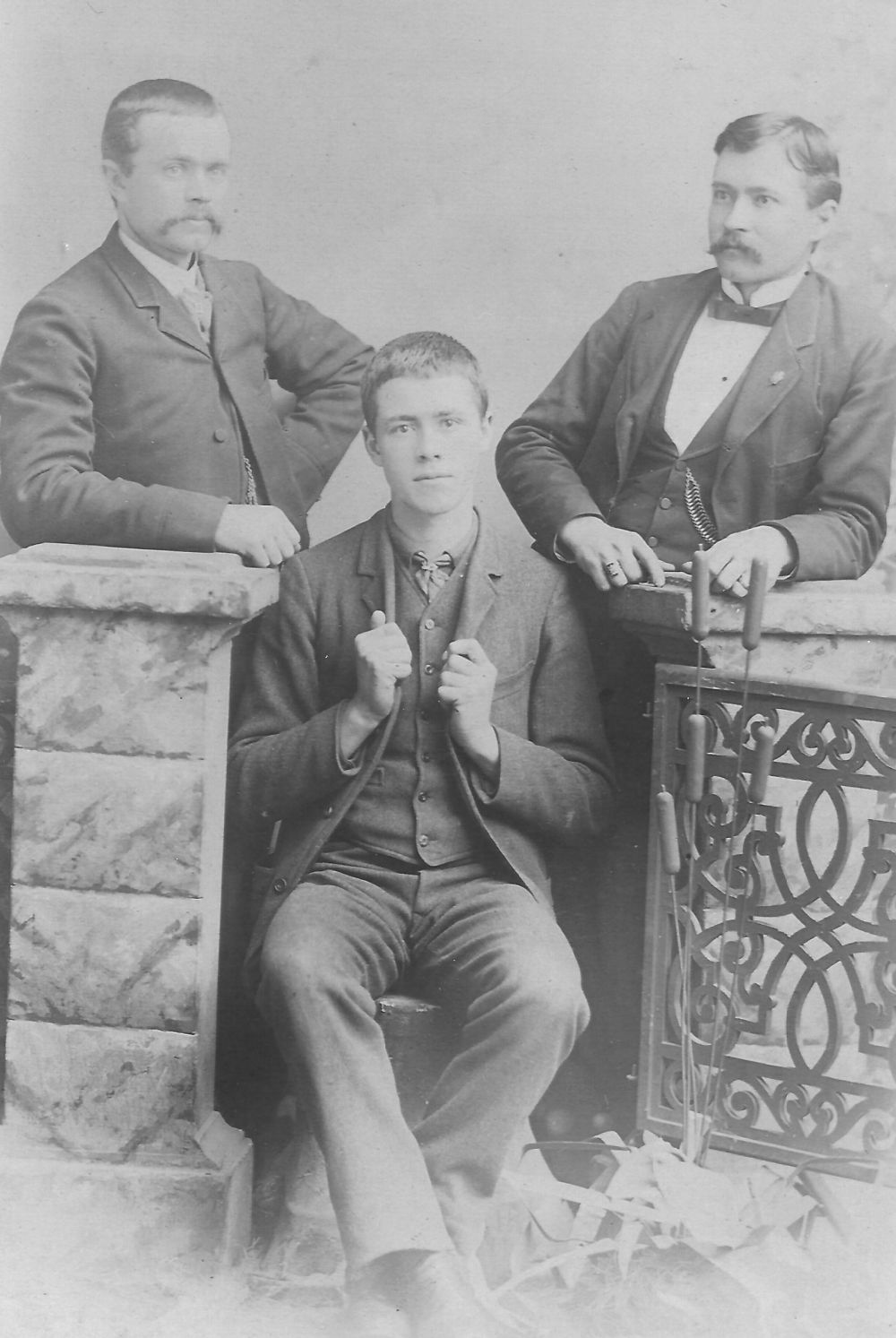 Born June 11, 1862 at Jamestown, Illinois, Ed DeMoulin learned the family blacksmith trade. He may have soured on the vocation when at age fifteen he nearly lost his thumb in a sawing mishap. DeMoulin developed an interest in photography and opened a studio in Greenville. His reputation grew as an outstanding photographer and artist. His first patent was issued in 1892 for a camera attachment that created seamless, dual images of a subject in a single photograph.

Ed became involved in Greenville’s fraternal orders including the Modern Woodmen of America (MWA) where he became acquainted with William A. Northcott. The Bond County State’s Attorney, Northcott had been elected national president of the MWA in 1890. Seeking to increase membership, Northcott sought the input of Ed DeMoulin who then consulted his brothers. The DeMoulins soon found themselves creating lodge initiation paraphernalia for the MWA and other lodges.

Like his brothers, Ed was a member of the Greenville Concert Band and was often praised for his French horn solos. Technology was perhaps his true love. He was the first person in Greenville to own an automobile, having purchased a two-seat Oldsmobile in 1902. In the summer of 1892, Ed and two other men invested in a steam-operated “merry-go-round and panorama” they toured southern Illinois with. In 1899 he spent $300 on a 12 disc music box that automatically changed them after each tune.

DeMoulin, a four term Greenville mayor (1897, 1899, 1903 and 1905), was instrumental in the community’s industrial growth. He also championed infrastructure improvements like electric street lights, a new water tower, and the oiling of streets. He later purchased a home in Los Angeles, California and by 1920 was living there permanently.

Ed’s first wife, Constance, died in 1899 after a brief battle with influenza. They had five children: Gladys, Horace, Eric, Adele and Lillian. Later that year he married Anna Diehl, the sister of U.S. DeMoulin’s first wife, Emma. Her brothers, Henry and Phil, would be long-time DeMoulin employees.

Ed DeMoulin died October 29, 1935 at his Los Angeles home. His body was returned by train to Greenville for burial at Montrose Cemetery.

Researchers! Are you looking for even more detailed information about the DeMoulin Bros factory or family? We’d be happy to speak to you. Please contact us! 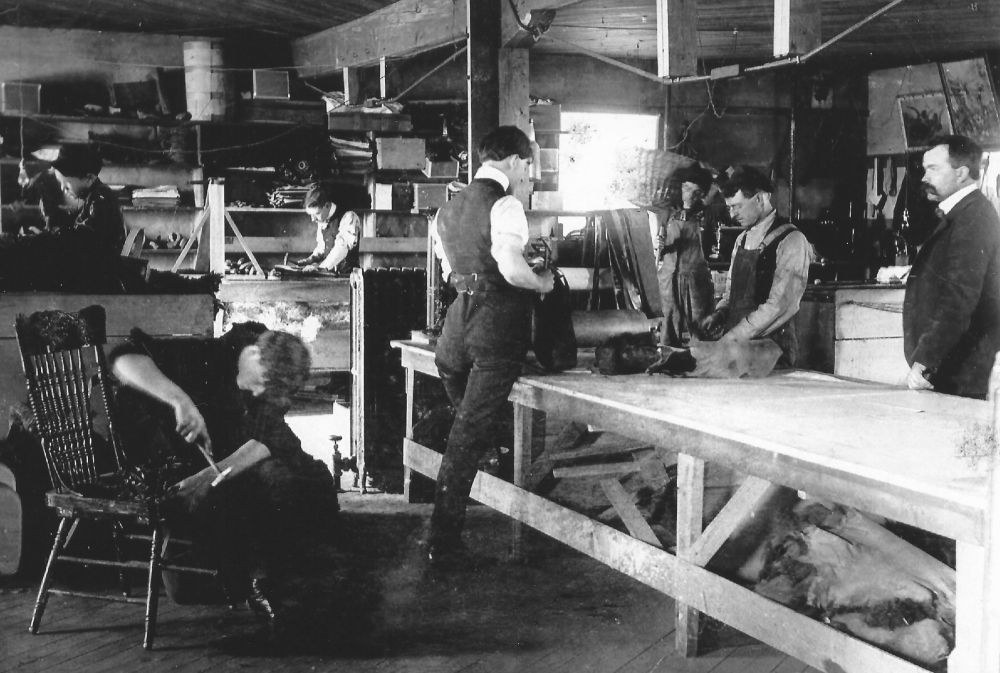 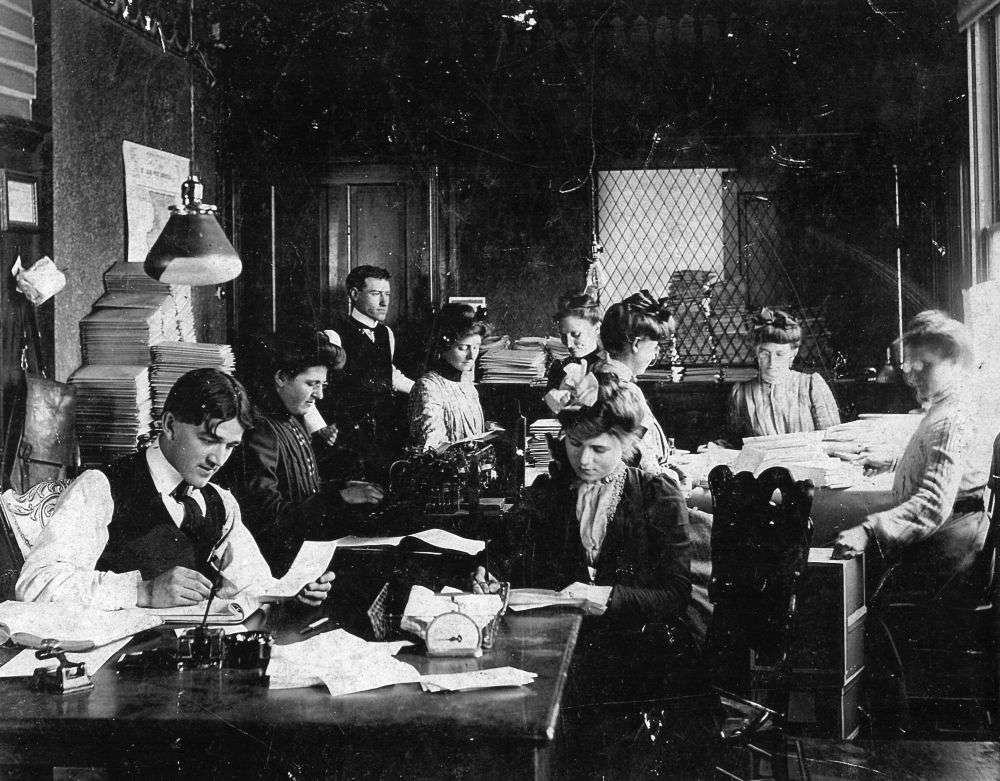 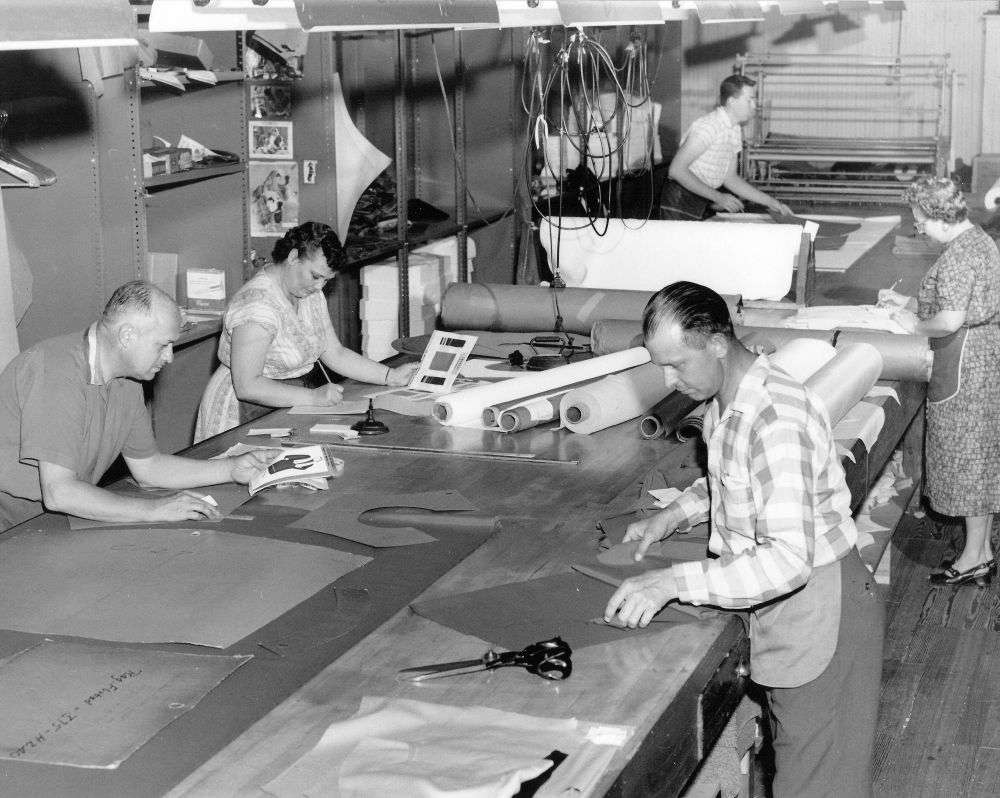